Could you be nominated for AAPT Council?

Can you help lead the AAPT by joining Council?

There are 6 places on Council up for election at the 14th September Annual General Meeting in Luton.

Council is bound by the aims and objectives of the AAPT and the Constitution.

It is the governing body for the AAPT and consists of four Executive members – the Chair, President, Vice-Chair and Treasurer – and up to eight ordinary Council members. Council also has the ability to co-opt members as and when necessary, and invites regional leads to ensure appropriate two-way communication at a local and national level.

It is responsible for setting the strategic direction for the AAPT and all Council members sign up to, and abide by, a Code of Professional Conduct.

Who are the Executive, ordinary and co-opted members?

The Chair of the AAPT is Ishbel Gall FAAPT, Dr Mike Osborn is President, John Pitchers FAAPT is Vice-Chair and the Treasurer duties are performed by David Scott FAAPT.

Who can stand for Council?

The individual will need to be a Fellow or Member and be nominated by another member of the AAPT. You will require diplomacy and the ability to fully understand AAPT policy and discuss confidential issues with a broad outlook of the profession.

All nominations standing for Council election or re-election must be registered by the AGM with the Voluntary Registration Council (VRC) to support the policy of wanting the profession to be regulated.

As a Council member you will need to attend a minimum of 2 meetings per annum and you will likely be expected to join one of the sub-committees or working groups in areas such as education, conference planning and forensics. There is no payment for work undertaken as a member of Council although reasonable expenses are reimbursed. 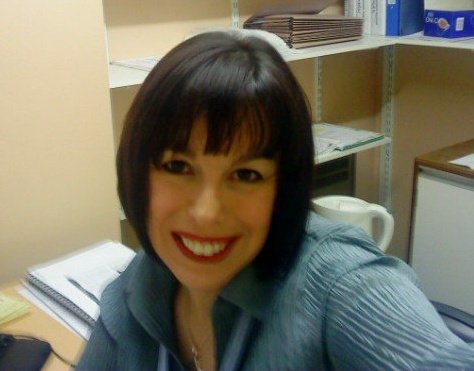 “Having attended the AAPT survey feedback session in February 2012, my opinion of the AAPT and the council was changed quite dramatically… like a lot of members I was questioning… “What are the AAPT doing for us?”

It was only during this feedback session I realised just how hard everyone on Council had been working to get the APT recognised by the people who count, the inroads that had been made and the links forged with the Department of Health, IBMS, The Royal College of Pathologists, the Royal Society of Public Health etc…  I was amazed at how seriously the AAPT was being taken and for the first time I really began to believe that our future would be different as we were now being listened to as professionals.

All this work had been accomplished over the years by a handful of council members; council members who genuinely wanted to accomplish more but were limited by the number of hours in the day as they held these roles alongside their full time mortuary jobs… my thought suddenly changed to “What should I do to help?” and a year later… here I am.

Since coming onto council I have tried my best to assist and become involved; I can honestly say my thoughts, ideas and opinions have been appreciated and valued… I am now in a better position to update regional APT staff of what is happening and can forward relevant information to the area... even to non-members.

I believe through this interaction with all APT staff we will start to create interest and encourage people to become involved so we have the strength in numbers to achieve more… if you have ever once sat there and thought… “Things need to change” or “APTs are never listened to”… or “What are the AAPT doing for us?” then you really need to become a council member and with 6 council places available the AAPT could really do with your help”

A postal vote will be required if there are more than 6 nominations. All nominations will require approval at the AGM.

The nomination form is downloadable and should be received by the Association Secretariat no later than Friday 28th June 2013.