Early on the morning of Saturday 28th September 2019, APTs (and others) from all over gathered at The Surgeon’s Hall for the fifteenth annual AAPT event, but the first newly named Annual Education Event. Upon arrival, and after registration, attendees were encouraged to head for a wander around the exhibitors stands before going upstairs to where the talks would begin after a short introduction and bit of housekeeping from the new Chair Elect of the AAPT John Pitchers and the morning session chair and Council member Gemma Best FAAPT.

First up for the day was Andrew Ward, Microbiologist at North Tees and Hartlepool NHS Foundation Trust, who presented a talk titled Sepsis. I, like many others, will be familiar with Andrew from his lectures on Microbiology for the Level 3 Diploma course and we all knew that this meant we were in for a treat. Andrew is a great speaker and can make every part of Microbiology fascinating and amusing at the same time.

In his talk, he took us through why sepsis is such an important illness to understand by explaining the ways in which it is studied and diagnosed in the lab followed by a thorough exploration of the types of organisms involved and the ways in which they can infect an individual. Andrew finished his talk on some final thoughts, in his own words ‘like Jerry Springer’, to remember that sepsis can affect anyone and requires quick action which places like the NHS can facilitate with multiple teams working together.

The next section of the talks for the day were three abstract presentations on different topics.

Post Mortem CT scanning has been discussed widely of late in many ways, but largely there seems to be a divide between those who think it is the next step of the development of our field and those who see it as a real threat to what we do. Anita and Ellen explored this topic as people who work at a mortuary where a scanner is not being used but have visited a mortuary where it is used regularly.

It was a frank and open discussion, using data that they had taken from two surveys they had sent out covering those who use CT scanning and those who don’t. Their conclusions were poignant in stating that CT scanning is not currently at a place to replace invasive post mortems but it does offer a chance for some to avoid the invasive technique they do not want. What is still in question however is whether this will impact the training we all go through and how this will affect trainee APTs in the future.

The second abstract was Going Through the Levels as a Mature Student by Frances Ciardini MAAPT. Frances discussed her experience of training, taking the Level 4 Diploma course as a mature student when it was required by her job role. She spoke from an honest place of how daunting and challenging it can be as a mature student going back to study but beautifully described the benefits it can have. She ended her talk by discussing the Top Up qualifications which are available for those with the previous qualifications to update to the newer Level 3 and 4. I thought it was great how she opened this up to the attendees in the room and a good discussion of the common thoughts and feelings around these formed.

The third and final abstract was by Lydia Judge-Kronis FAAPT and was titled Standard Vs Not My Problem.

This talk highlighted the well-known issue of how we are held by a set of standards which can be difficult but are important for our jobs. I have heard many discussions previously about the fact it is not pleasant to ask a bereaved family for three points of identification when they come to the mortuary for a viewing, but we must prove that we do this when the HTA come to visit us and it has been shown this has had a huge impact on reducing incidents such as a the incorrect person being viewed.

Lydia presented the talk with such passion that was impossible to ignore, explaining the huge important of following these standards and why ‘Not My Problem’ should never be the case. She also, in her conclusions, made the excellent point that by asking the family for these points of identification it demonstrates that we are committed to the care and security of their loved one and nothing else.

The final talk of the morning was a very thought-provoking talk by Mags Bradbury the Director of Wellbeing, Inclusion & Community at Manchester University NHS Foundation Trust.

Something you might not have thought about, and I certainly had not before, is the amount of bias that is involved in what we do in our work from the way we approach people to the clinical strategies used by the NHS. Mags took us through the different types of bias and how they can be damaging when we let them affect what we do. Ultimately it was concluded that we may not be able to rid ourselves of these biases but what we can do is be aware of them existing and the impacts that they have. In one of two case studies we were informed that the typical symptoms we think of for heart attacks are so biased towards men, many women do not acknowledge that they are having a heart attack or receive the correct treatment by medical staff.

For the rest of the morning and into lunch, we were given an opportunity to explore the Wohl Pathology Museum which I managed to make round within the time given but certainly could’ve stayed for much longer. I also may have spent a little too much in the wonderful gift shop. Thank you to all of those who organised, volunteered their time, spoke at and were involved in the morning session. It was a fabulous day to be a part of which I was very glad to share with everyone who attended. 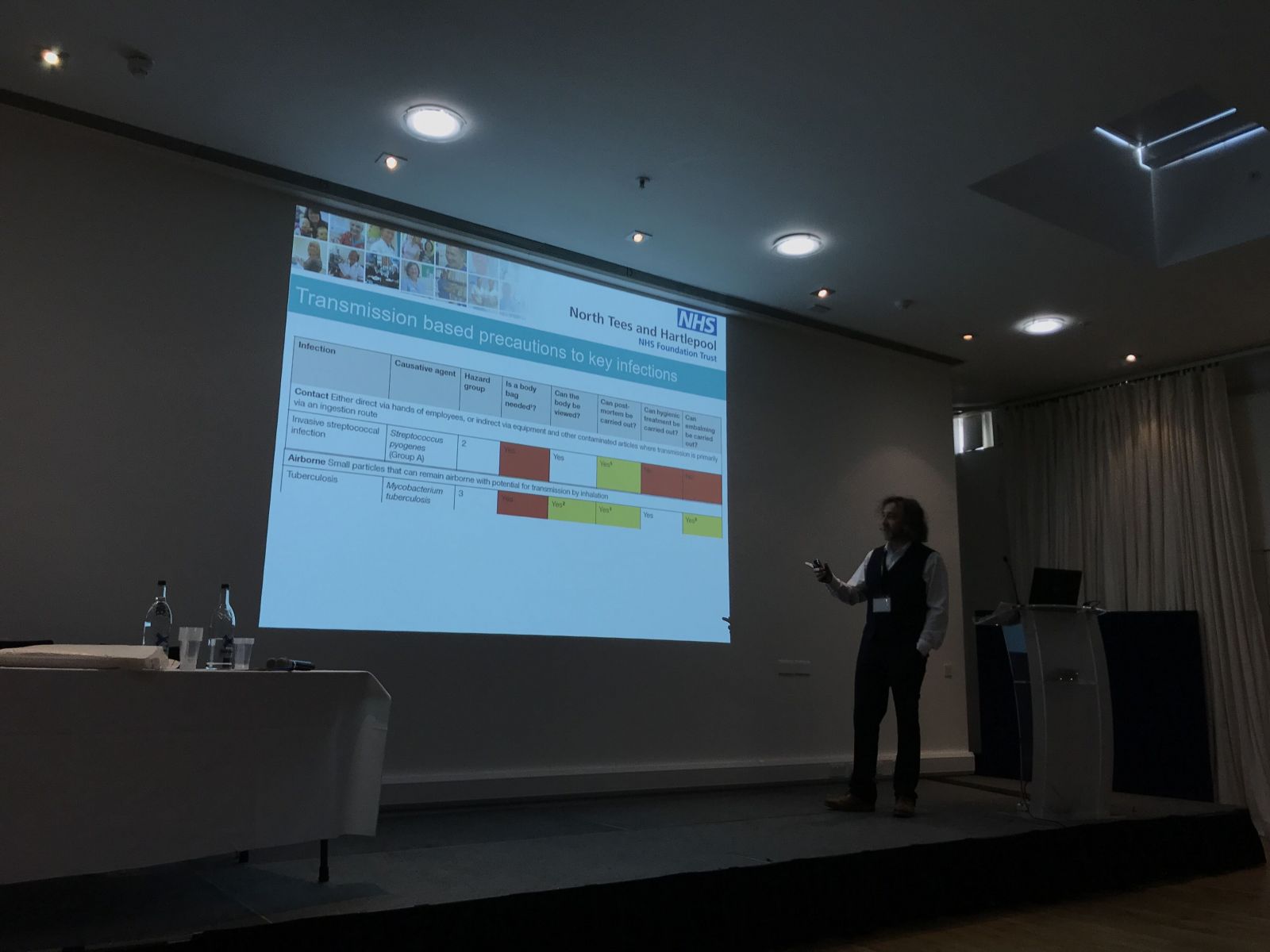 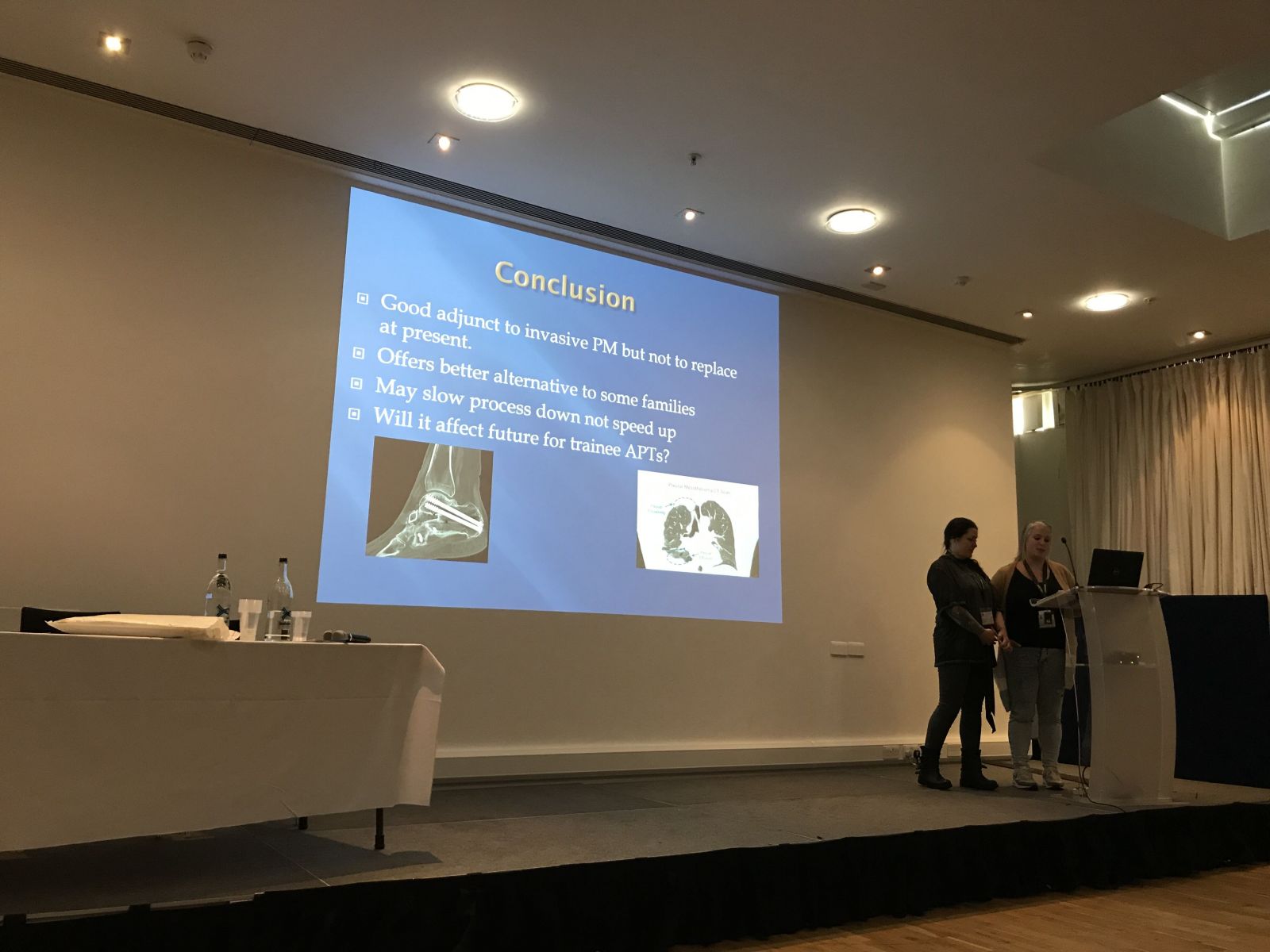 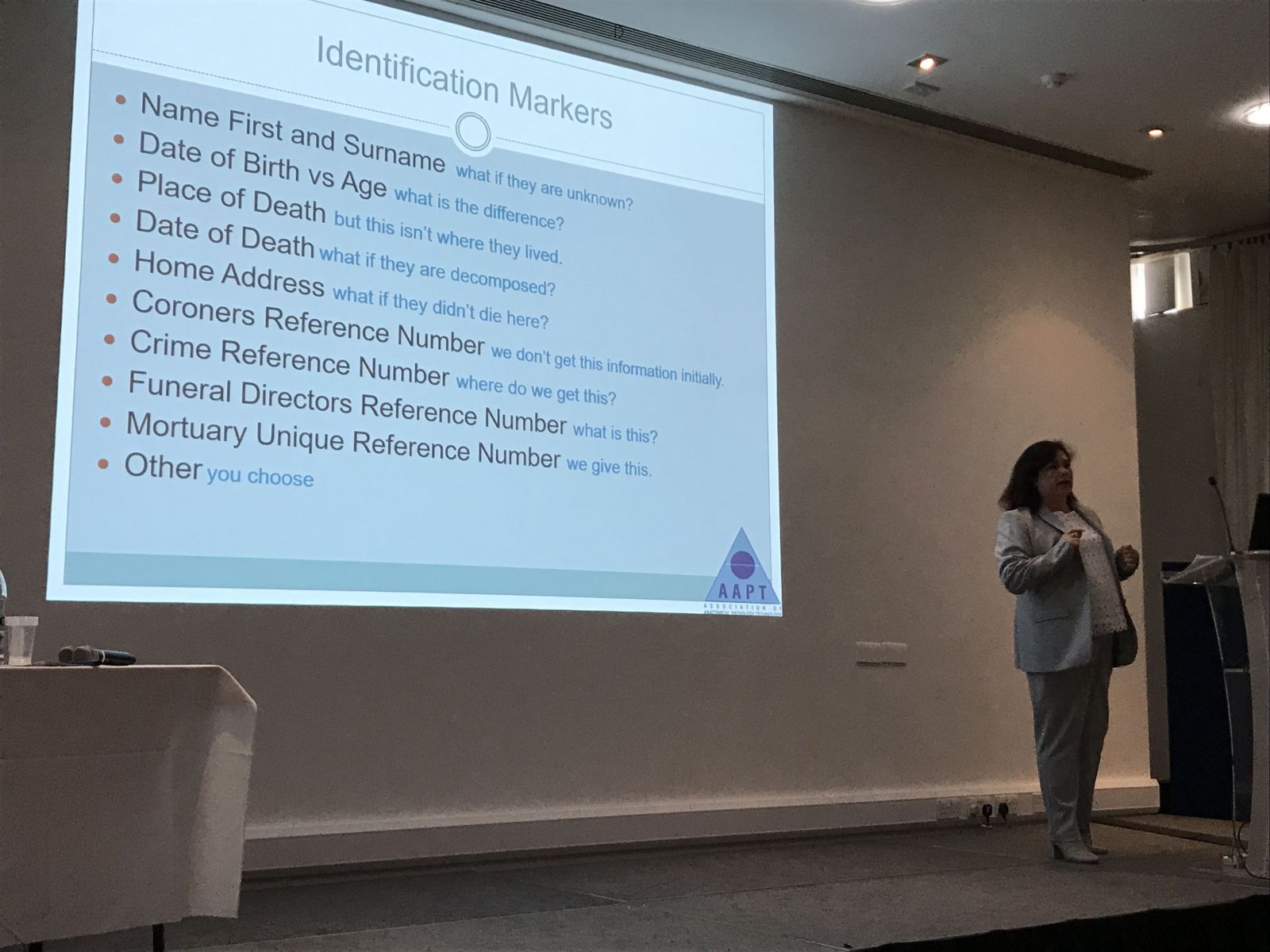 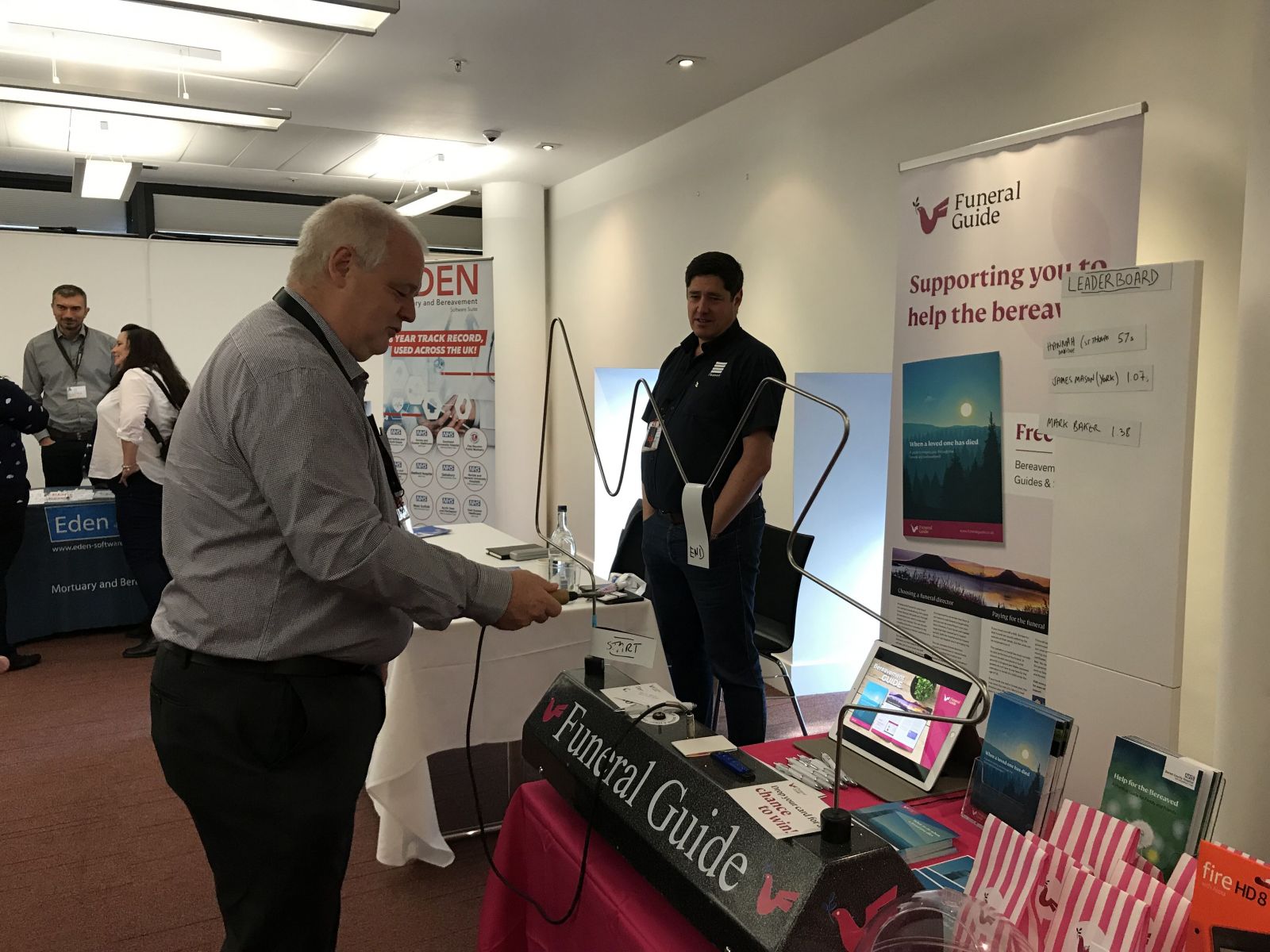 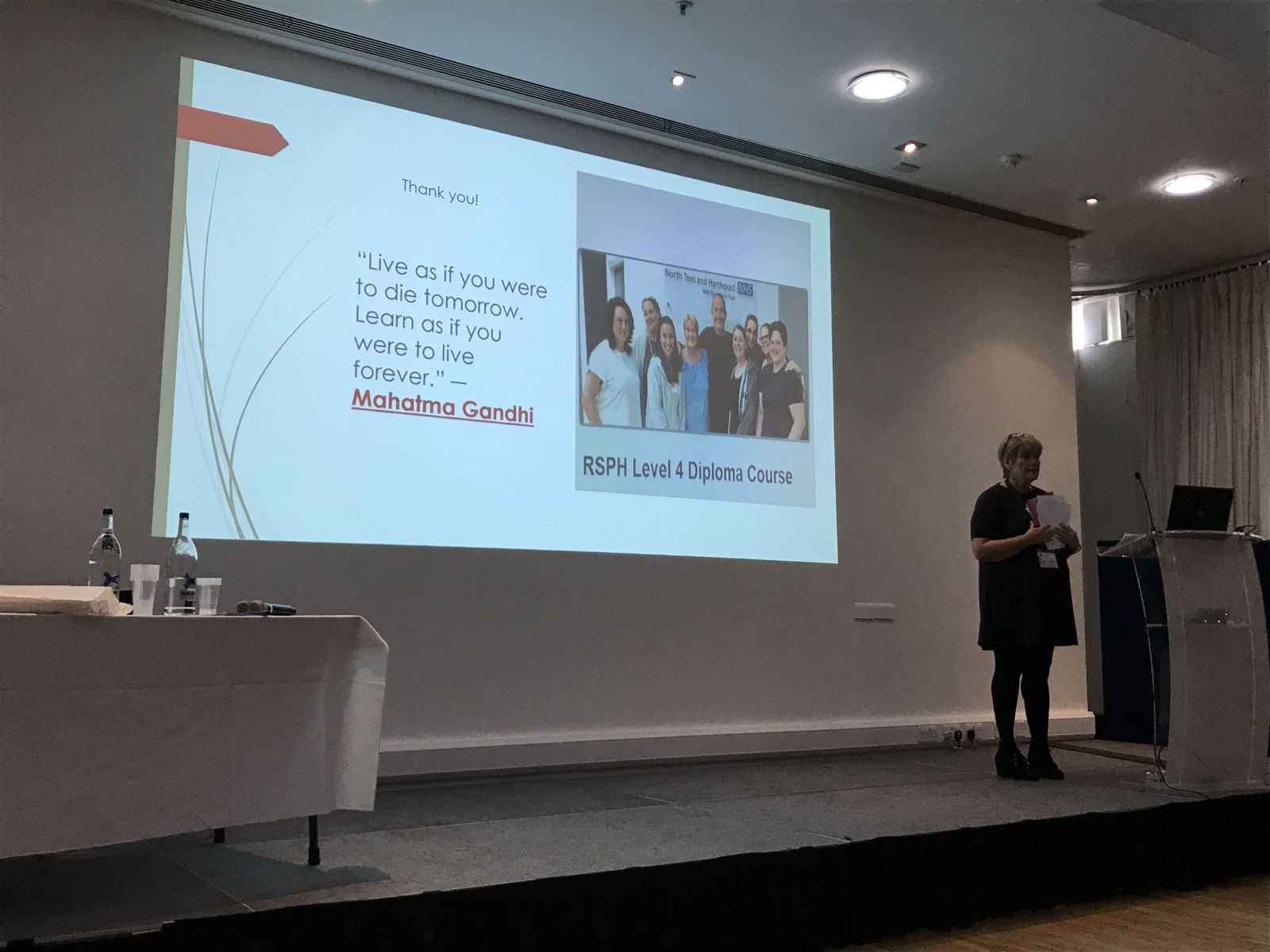