On 28th February 2014 I attended at AAPT Regional Lecture Evening: Hidden Killers in the Victorian and Edwardian Home & Neuropathology. This was organised by Lakiesha Ward and Ben Deakin and held at GOSH. 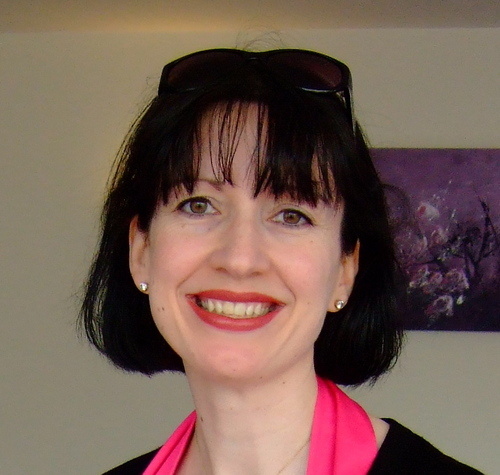 The first lecture was presented by Dr Suzy Lishman, Vice President Royal College of Pathologists, and was taken from a series of 3 TV programmes ‘Hidden Killers in the Victorian and Edwardian Home’ that she had made for BBC4.

Dr Lishman managed to condense a great deal of information into the half hour time slot and this proved to be a very interesting topic.

Queen Victoria was the fashion icon of her time and so people copied her style. Unfortunately, she had a fondness of the colour green which was achieved by adding arsenic to materials such as fabrics and paint. This caused poisoning by absorption through the skin, and also because of damp housing conditions poisonous gases were given off from the wallpaper and paint.

It was surprising how many everyday items contained poisonous substances. Poisons were used in food; lead chromate was used in mustard to give a yellow colour, borax was added to milk to keep it smelling sweet. Tragically, people then couldn’t tell when milk had gone off and so were ingesting bacteria including TB as there was no pasteurisation. Arsenic was also used in soap and accidentally put in lozenges.

Lead was used in paints for woodwork and children’s toys, this tasted sweet so children were poisoned by sucking their toys! It could be detected as a faint blue line around the gums and could cause delays in mental development. Amazingly lead in paint was not banned until the 1970s.
Although not poisonous, plaster of Paris and chalk were also added to bread to make it cheaper which caused low nutrition. Other causes of death were:  Wearing of corsets, as when metal eyelets were introduced they were fastened tighter causing increased breathing rate, reducing lung capacity and shallow breathing.

They also caused damage to internal organs such as the liver. Falls on stairs were common as servants were running up and down narrow steep steps. Mangles used for laundry had unprotected mechanisms could de-glove a whole arm.

Women started working and bottle feeding babies became popular due to Mrs Beeton’s book.  It was fashionable to have long rubber tubes on the bottles which were hard to clean. This caused bacterium build up and then lead to gastro problems.

As time was running out for the lecture Dr Lishman gave us a brief look in to the causes of death in the Edwardian era. Electricity was invented and deaths were caused by electrocution. At first warning signs were put up to tell people not to light the bulb with matches as they were so used to lighting gas lamps. An unusual invention was the ‘light up table cloth’ which had live wires running through it connecting to bulbs.

Cosmetics contained heavy metal salts: mercury in lipstick, lead in white face powder. Bella Donna was used in eye drops to dilate the pupil, this lead to blindness. Marie Curie discovered radium could be used to treat cancer. However, it was believed that this radioactive substance could be used as ‘a cure all’ and so was put in chocolate, toothpaste, powder and even socks. Radium was also painted on to watch and clock hands as it glows in the dark. The people who were painting the hands ingested the radium as they licked the fine bristles of the brushes, this accumulated in their bones causing anaemia and tumour of the jaw.

Dr Lishman concluded that advertising was first started in the Victorian era and it is dangerous stuff with people believing the bogus claims, also drawing on the fact that not much has changed in that respect.

The second lecture was presented by Dr Simon Payne, Paediatric Neuropathologist, GOSH.
Dr Payne started his lecture by talking about who benefits from post mortem practice, including doctors, society and the family and said that 89% of families agree to have a post mortem on their child.

He presented photos from post mortems that he has performed (with consent from the families). In these showed his preferred technique of how he opens the head from the back to access the brain. By using this method the vermis can be seen which often show abnormalities.  To remove the brain he cuts through the tentorium with scissors and floats out the brain into cold water. The photos included posterior fossa malformations and cysts.

He talked through a difficult case where the baby was born with an unusually big head. As this would have been difficult to reconstruct, he made a small incision to access a tissue sample. This was processed by frozen section and showed there was a teratoma. It was interesting to see the diagnosis could be made without causing unnecessary invasion to the baby.

Another case was presented where the baby had an enlarged spleen. This was diagnosed as Gaucher disease, this is caused by a lack of an enzyme, glucocerebrosidase. This causes Gaucher cells to accumulate; most commonly the spleen but it can also affect the liver and bone marrow. Mass spectrometry was used in obtaining the diagnosis.

As we don’t do paediatric post mortems where I work I found this lecture very interesting. Dr Payne made the lecture informative while managing to keep the mood upbeat.

Thanks to Lakiesha and Ben for organising a brilliant night, and to GOSH for the facilities as the venue was excellent too.