Rebecca Haywood FAAPT reports on the afternoon sessions at AEE 2019

After an enjoyable visit to the Pathology museum, Professor James Grieve gave his presentation on Fact and Fiction in Forensic Pathology, this man, never fails to entertain whilst maintaining everyone’s attention.

He made interesting points throughout his lecture, touching on the subject of the so called “CSI effect” – where shows on television show immense mistakes and misrepresent forensics in the media, along with showing highlighted pictures from shows like “Silent Witness” whilst also reading snippets from books, comparing fact, fiction and reality between scenes whilst quoting literature of which himself has been mentioned in.

He spoke of many scenarios,  from visiting the crime scene right through to when the body is in the Mortuary, emphasising that a murder only happens once, but the murdering of a crime scene can happen a thousand times!! The scene is to be protected from contamination – including our own DNA, so when its standard practise for the Forensic Pathologist to visit a crime scene, full PPE is vital “protect the scene – not the people at the scene” (or by his own admission – to hide from the media). The credibility surrounding a murder case is often questioned due to glaring mistakes made within programmes and books, leading the viewer’s/readers expectations to be managed rather than giving hard facts – there is only one chance to get this right!

Throughout the lecture he named some “interesting” books that our profession may like to read, especially Lin Anderson – Follow the dead, she also lectured a few years ago, it would appear she felt that the AAPT get a mention– although, I’m not sure if that’s a good thing or a bad thing! I’ll let you decide that one!

Dr Julie Edgeworth, regulation manager of HTA started by giving a history of why there is a need for the regulation. She mentioned “Burke and Hare” and their supplying the surgeons of bodies to practise anatomy without consent. The USA purchase bodies from families with the understanding that they will cover the funeral costs and other expenses and a few years ago there was an incident regarding a public display in 2002 that had to be sent back due to prisoners bodies being used without the appropriate consent being obtained.

The Human Tissue Act 2004 repeals and replaces the Human tissue Act 1961, the Anatomy Act 1984 and the Human Organ Transplants Act 1989. The HTA 2004 came in to place after what happened with Hillingdon and the impact that it had on the families. There are under 250 Mortuaries HTA licensed.

Scotland have “Healthcare Improvement Scotland” which monitors and manages the hospital standards. In 2018 there were recommendations made that a review of facilities and their standards were needed and there was reason to implement National Mortuary Standards.

There is an independent review group on retention of organs at PM, but, there is no inspector of Mortuaries within Scotland, however, there has been further recommendations on how to maintain Mortuary Standards. The review has highlighted the need for change involving every aspect of the funeral industry and appointments of inspectors will be imminent.  In 2019, there is a commencement of new definition of ashes, which means 100% recovery of ashes, including POCs. Management of crematoriums, and the authorisation of joint cremations.

There are new cremation application forms for different circumstances and new laws on who is entitled to arrange a burial or cremation including hierarchy NOK. There is a recommendation of implementing an Inspector of funeral directors code of practise – and an introduction of statutory standards. Inspection and enforce licensing of the FD businesses.

There have been massive changes implemented within Scotland, with a lot more to come.

Due to the “Seal of cause” being implemented (which only allowed one body dissection a year) it became a problem to educate students within the leading European centre of anatomical study.  Scottish law required that bodies should only come from those who had died in prison, suicide victims or orphans, the shortage led to an increase in body snatching. 1677 was the first report of a body being snatched, and was when a gypsy family murdered a man and his wife. They were sentenced to death by hanging and were then taken to Greyfriars cemetery and put in a shallow grave.

The next day, one of the body’s had disappeared. Measures were then taken to ensure the graves were left undisturbed by using metal bar covers over the grave, people would grave watch from towers (usually whilst getting drunk!) and the walls were increased to around 8ft.

Burke, an Irishman who worked on a canal, and Hare, also an Irishman who became a keeper of a lodging house, became friends, when an OAP died in the lodging house, Hare was angry that he was owed rent money, he and Burke devised a plan to sell the body to Dr Knox. The profit made led the two men (assisted by their common-law wives) to entice unknown people back to the lodgings, get them drunk and suffocate them (leaving no signs of violence) famously known as “Burking”. Burke would sit on the legs, and Hare would be at the top end. After, they would sell the bodies to Dr Knox’s anatomy school. Dr Knox never asked why the bodies were so fresh and with each body delivered – the money would increase!

This continued to happen and Burke and Hare were only discovered when the neighbours exposed them after hearing a scream in the night and then a body of a local woman being discovered! It is believed there were 16 murder victims but 17 sold to Dr Knox including the OAP. Hare turned against Burke and, along with his wife, testified against Burke and his wife. Hare eventually was released, never to be heard from again. Burke was tried for murder, found guilty, and hanged. Hare then went on to have a very public dissection and a letter was written with the blood of his head.  In 1832 – the Anatomy Act for regulating the school came in to place.

The afternoon was then brought to a close with CPD awards being handed out and the AGM meeting. 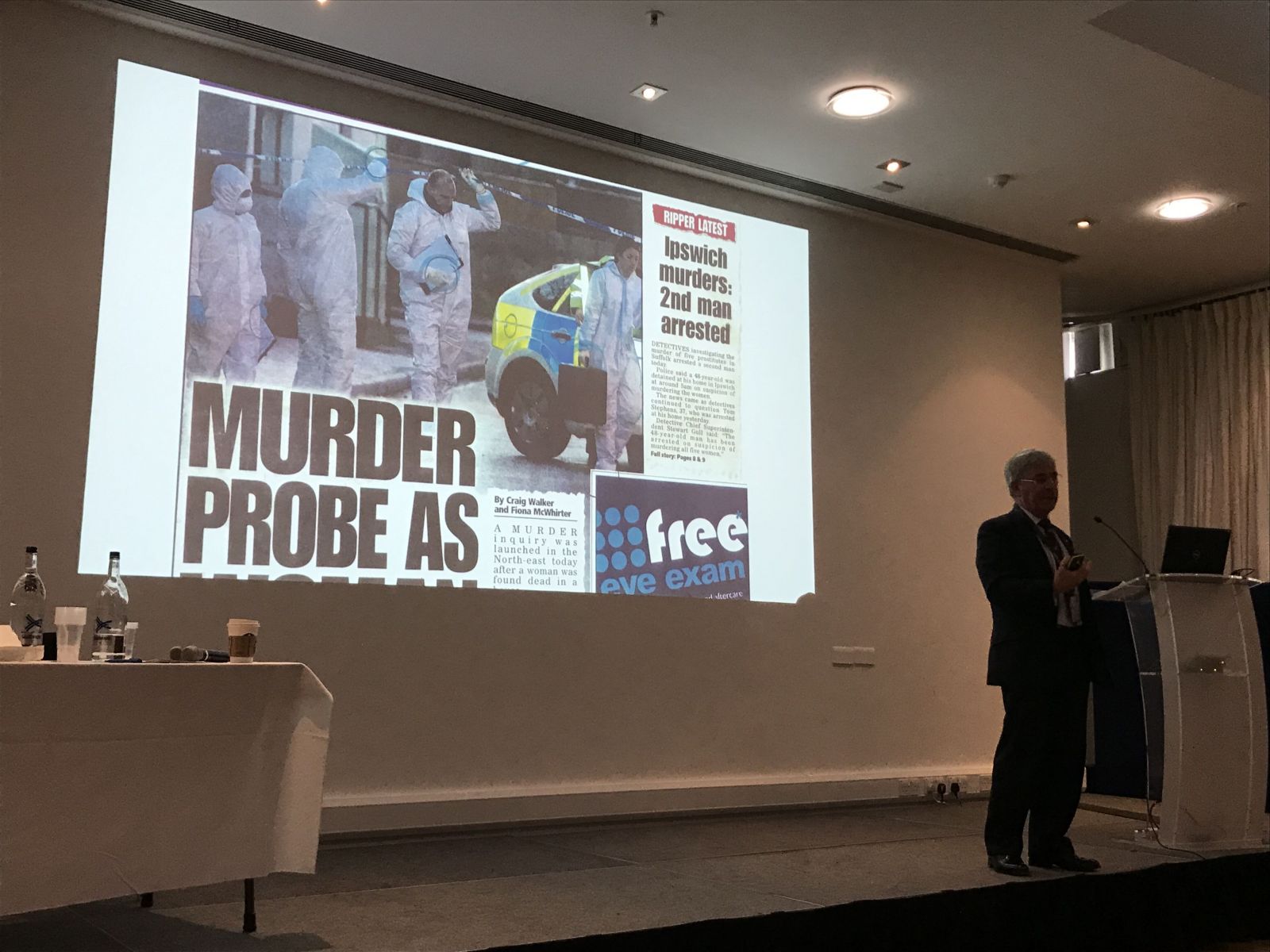 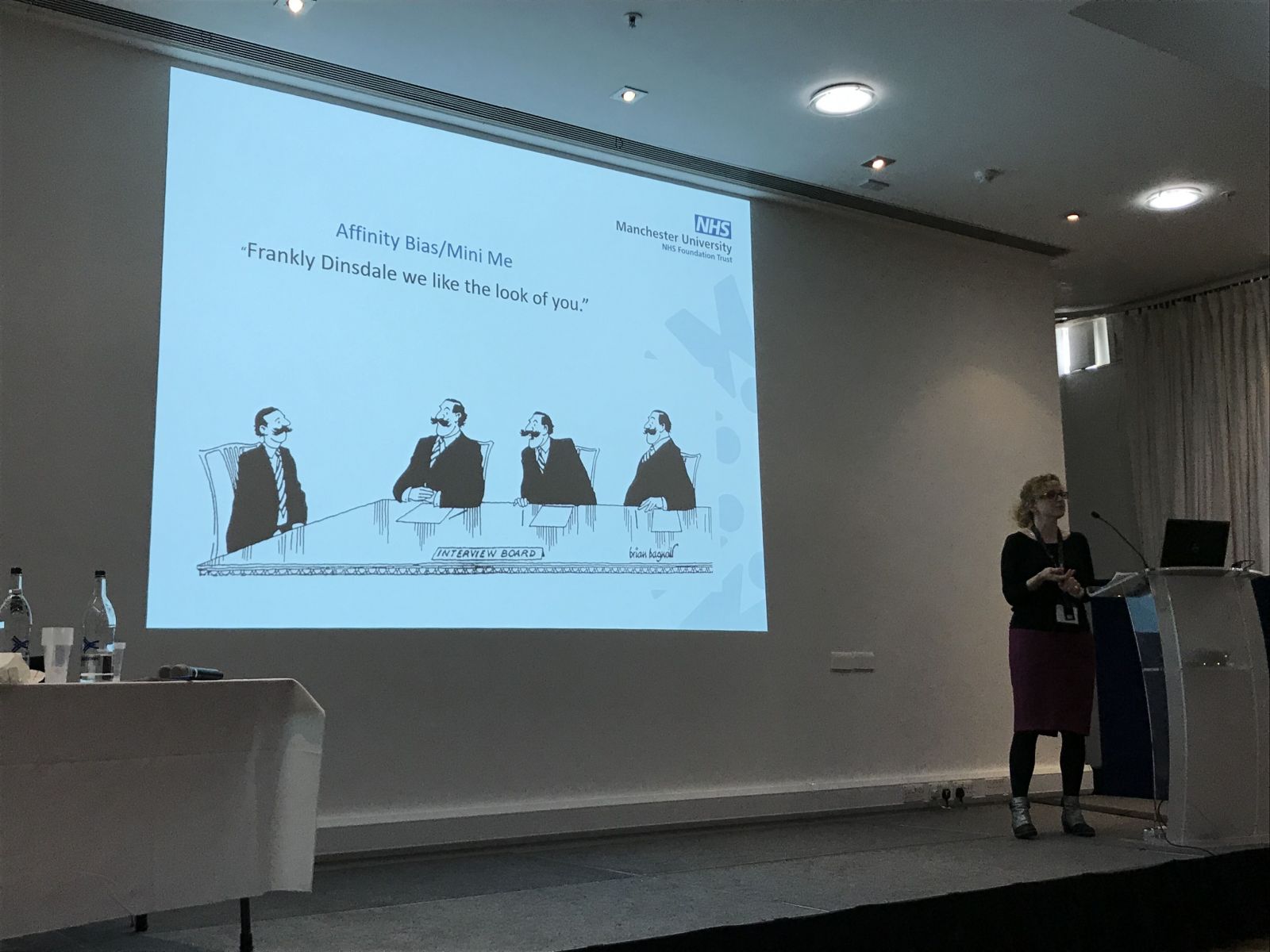 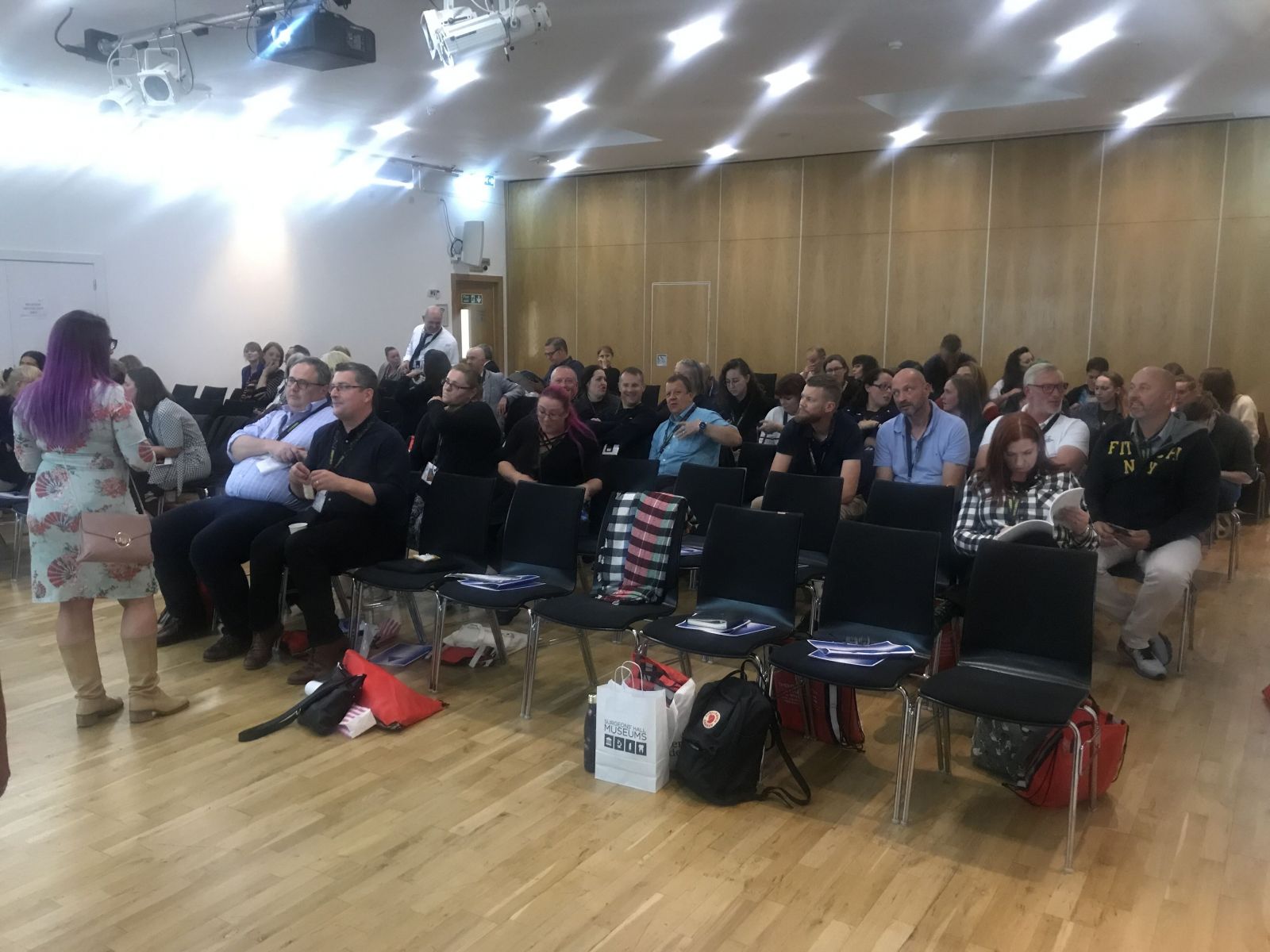 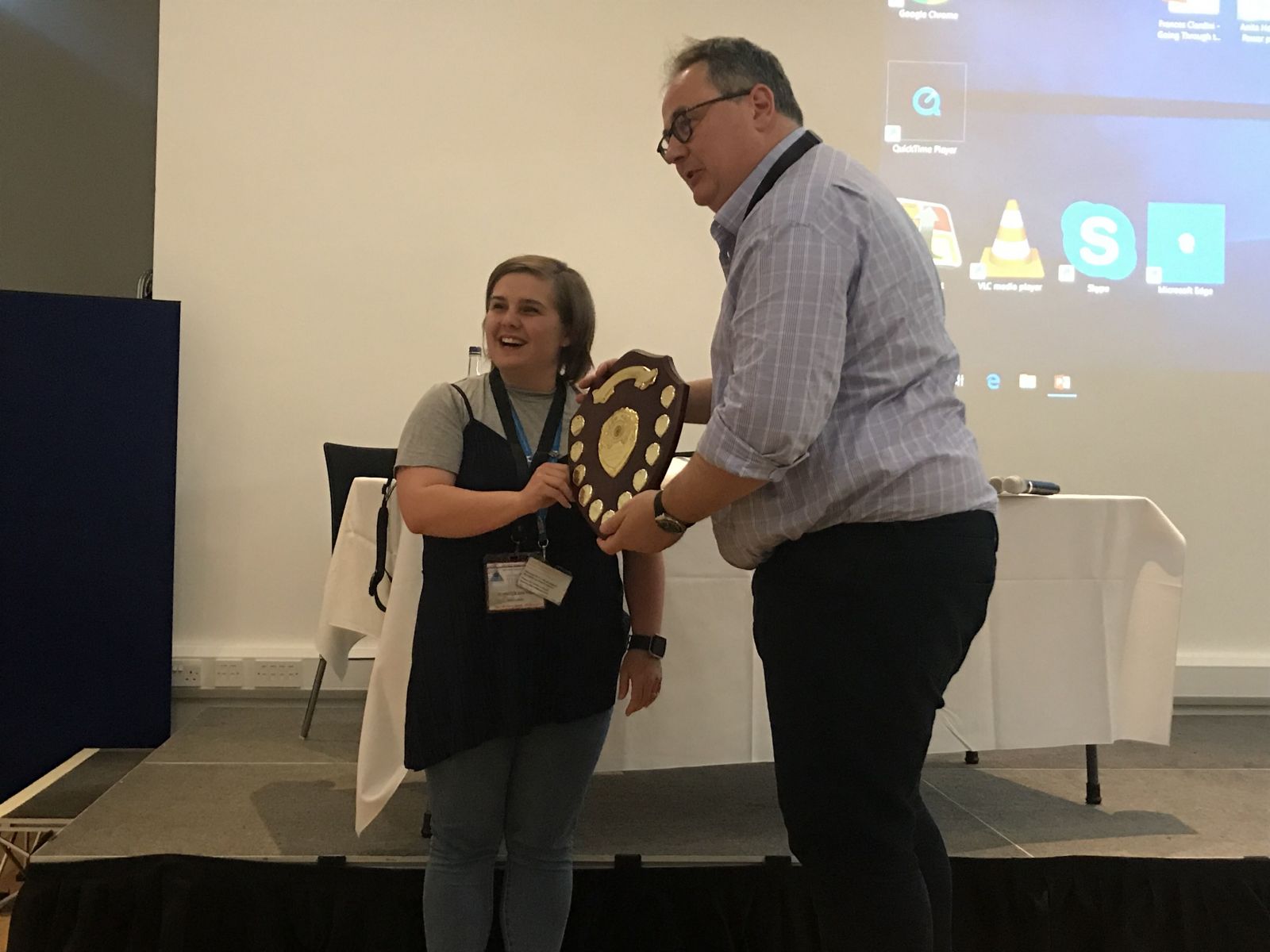 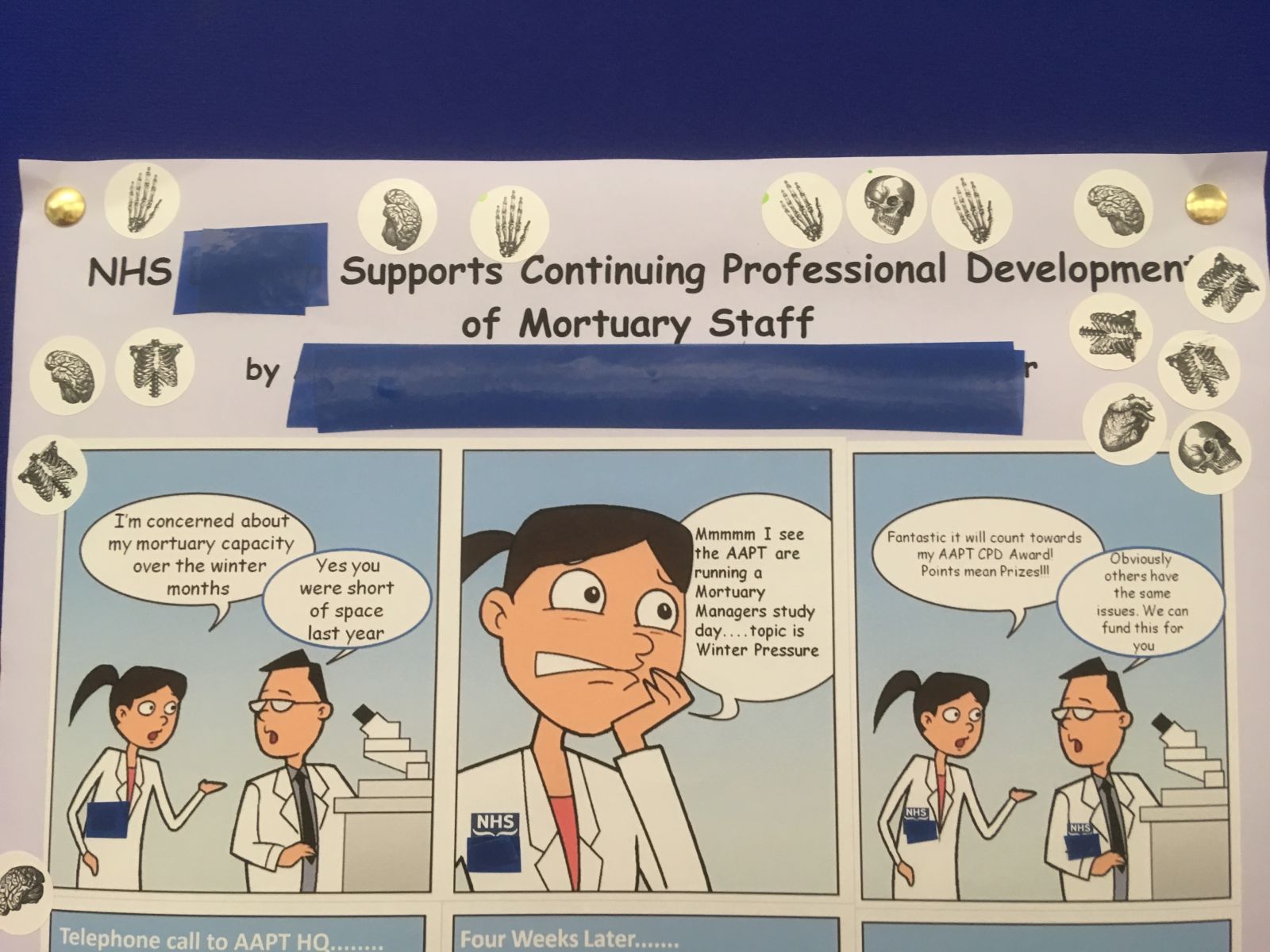 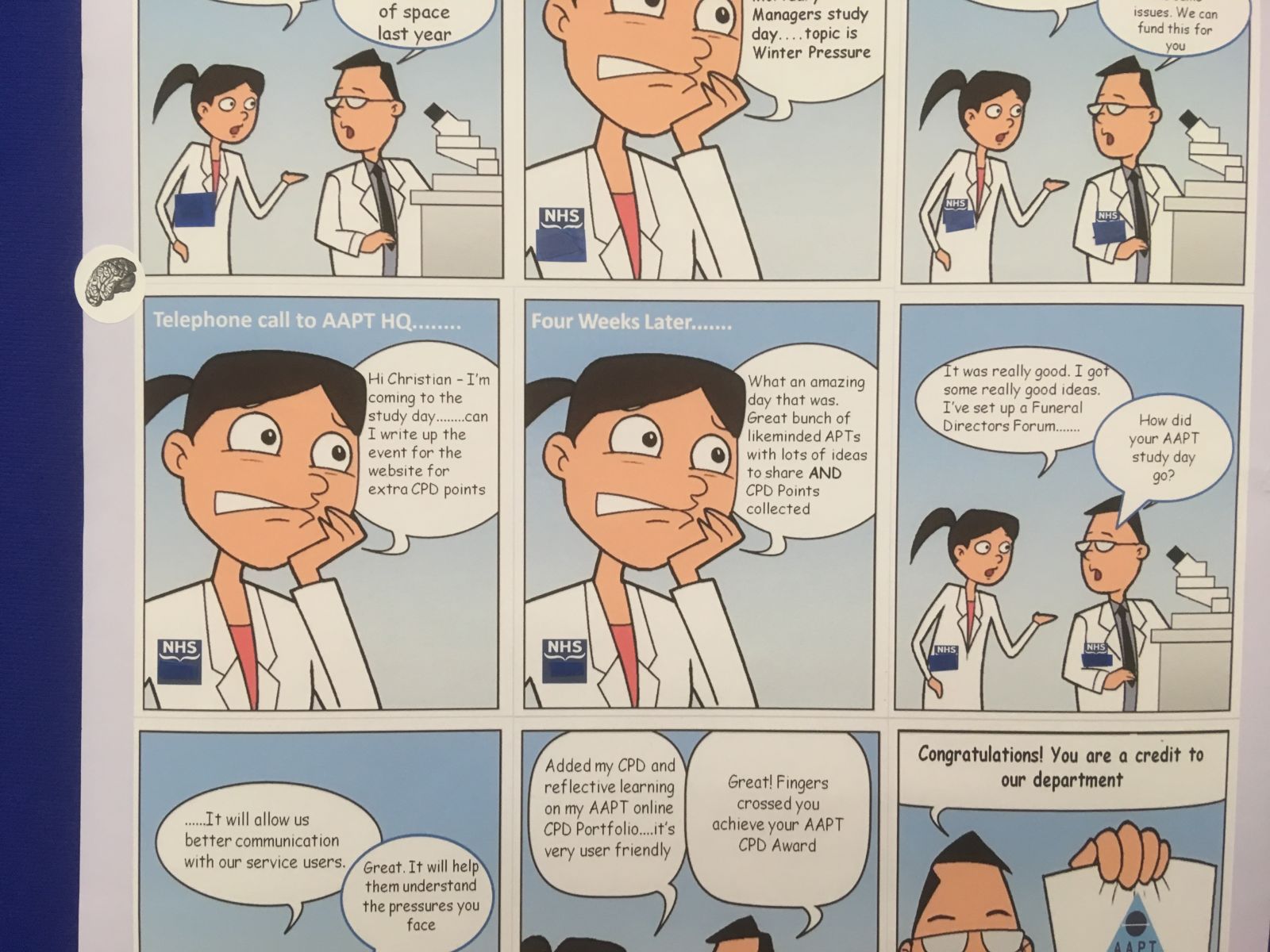 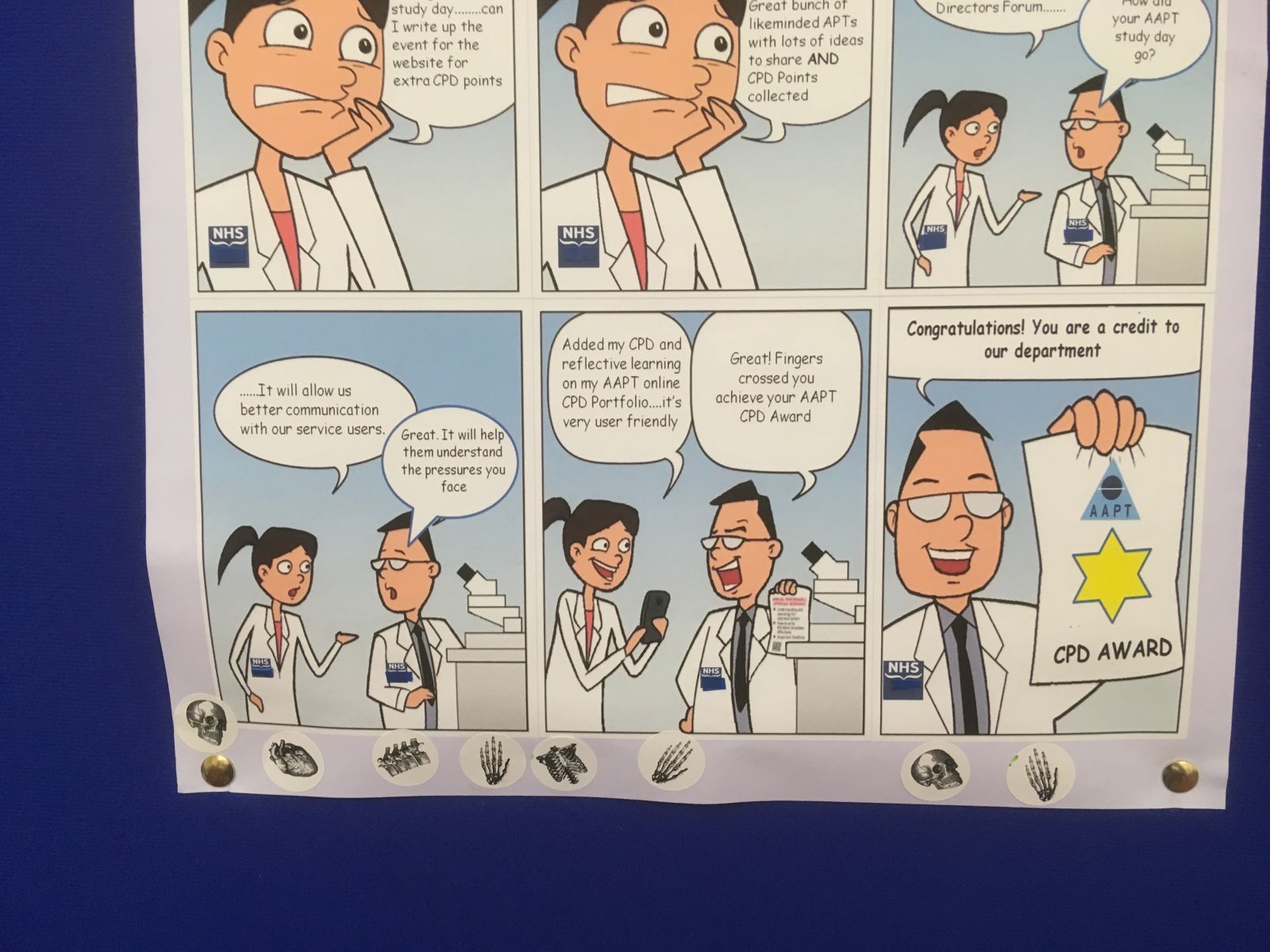 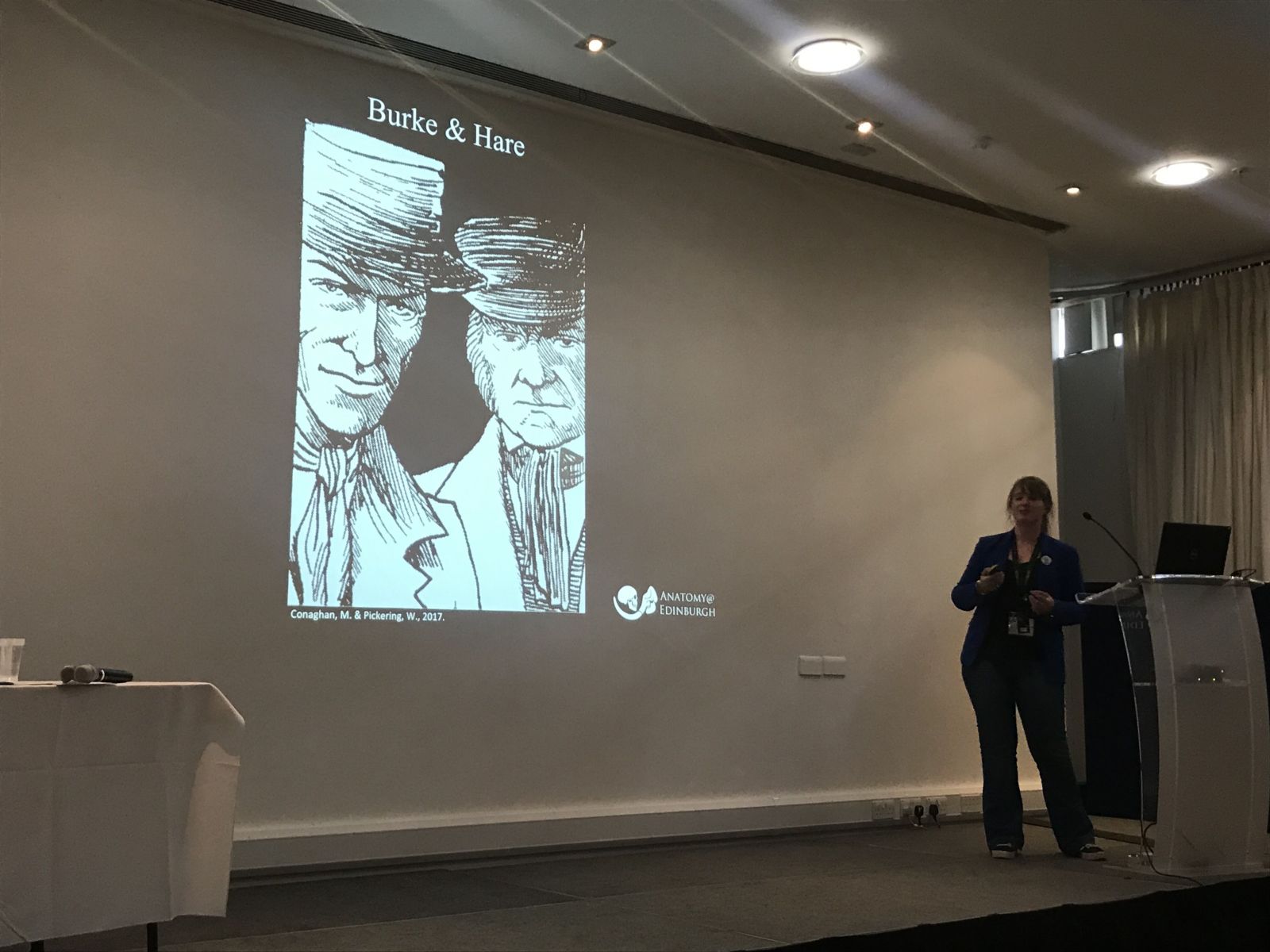